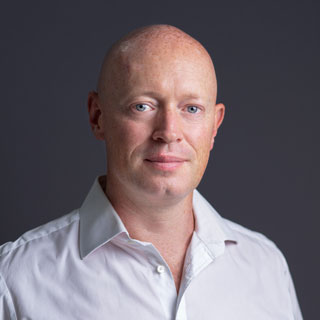 After graduating from Edinburgh with a Business Studies degree, Stuart embarked on a 17-year career as an officer with The Parachute Regiment; retiring as a Lieutenant Colonel. His Army career was largely operationally focussed and in 2009, he was awarded the Military Cross for ‘outstanding leadership, coupled with exceptional and overt gallantry in the face of the enemy’. He also held staff appointments within the Army’s Headquarters and the Ministry of Defence.

On leaving the Army, Stuart joined Barclays Bank as the global Head of Governance and Compliance for corporate security, before assuming the role of Head of European and Indian Security. He then transitioned into Finance, assuming the role of Chief of Staff to the bank’s CFO, before being head-hunted to perform the same role for an UHNW founder of a Private Equity firm. He is also the co-founder of Matrix Intelligence; a corporate intelligence and investigations firm.